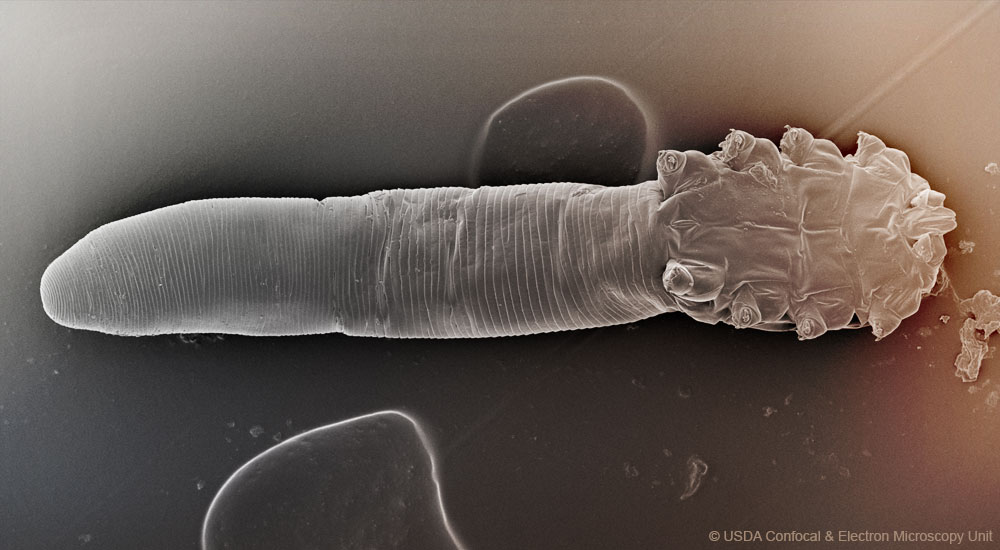 Did you know that there are microscopic mites living on YOUR body?! Demodex mites live out their entire lives in the pores of humans and other mammals. We carry them with us throughout our day, throughout our lives, and across generations as we move around the world. Yet, even though we host thousands, maybe millions, of these mites at any given time, we know very little about them.

In an effort to understand the prevalence, genetic diversity, and evolutionary history of Demodex lineages, we launched the Meet Your Mites project, a citizen science outreach initiative. To date, we have sampled over 400 participants, as we follow the genetic footprints of the two human-associated species, D. folliculorum and D. brevis.

Since 2013, we have been peering into pores and scraping faces in the name of science! Participants have been offering up their facial oils, as well as information about their health and geographic history, since the inception of the Meet Your Mites project. More recently, we have expanded this research to a global audience as a means to capture the true diversity and story that these mites hold.

Demodex mites are more prevalent among humans than previously shown. Through the use of new sampling techniques, we found evidence of mites living on 100% of participants 18 years of age or older, making this genus of mites the first described group of arthropods that live on the bodies of all humans.

Additionally, we have found that each mite carries a geographic signature within its DNA. For example, mites from China are genetically different from mites collected from the Americas, which are then different from the mites collected from Africa. Because these mites are so closely tied to our bodies, ubiquitous among adult humans, and have predictable genetic differences, we are able to use them as a good model organism for tracking how people have migrated around the world through time.

Lastly, make sure you thank your parents, because it is almost certain that you originally got your Demodex from them! Mites collected from family groups are more similar to one another than the mites that are collected from people that are not related. Also, mites carry the genetic signature of the place in which your family is from historically, regardless of whether that is the place in which you currently live. This suggests that not only do we get our mites from close contact at a young age, but also that our mite populations stay relatively stable throughout our lives and over the course of generations.

What We Found On Your Faces 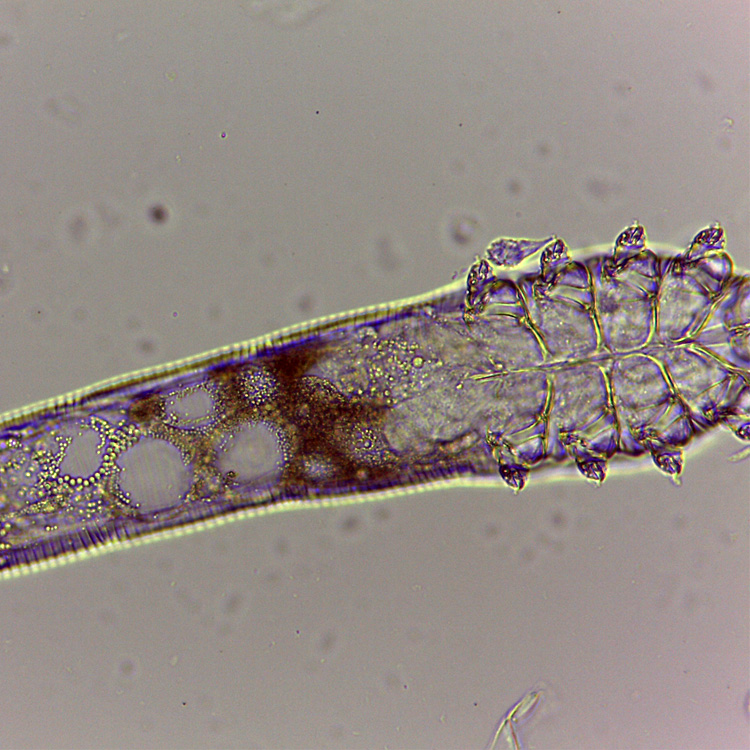 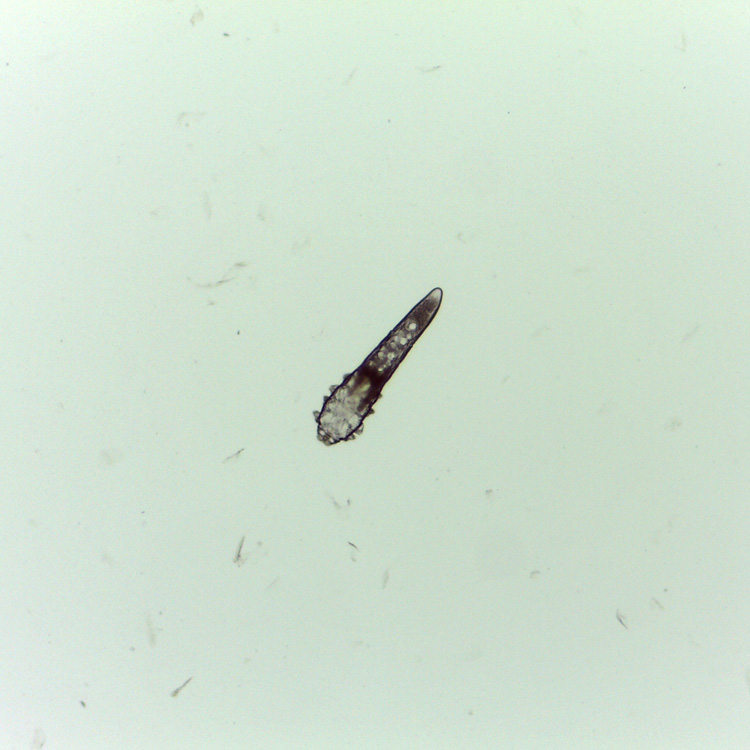 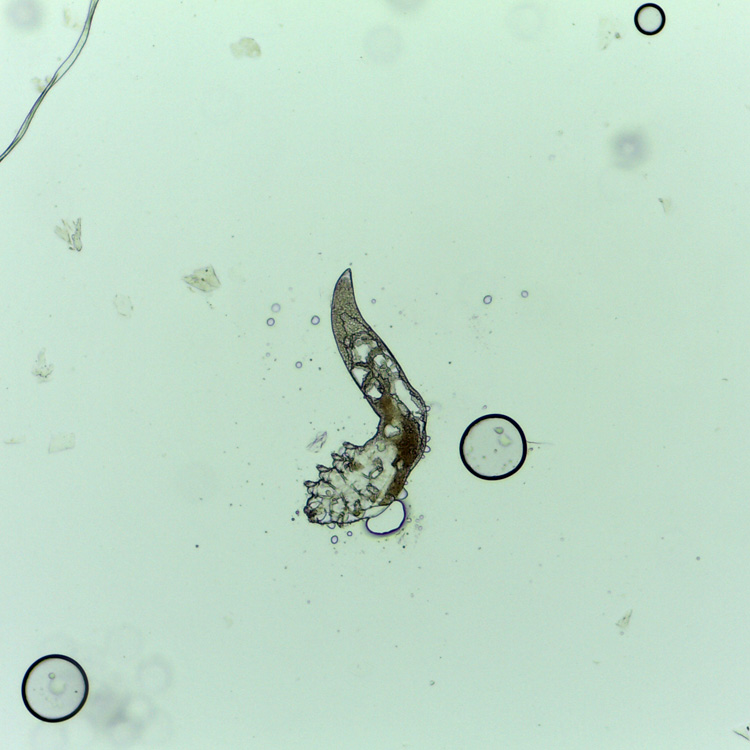 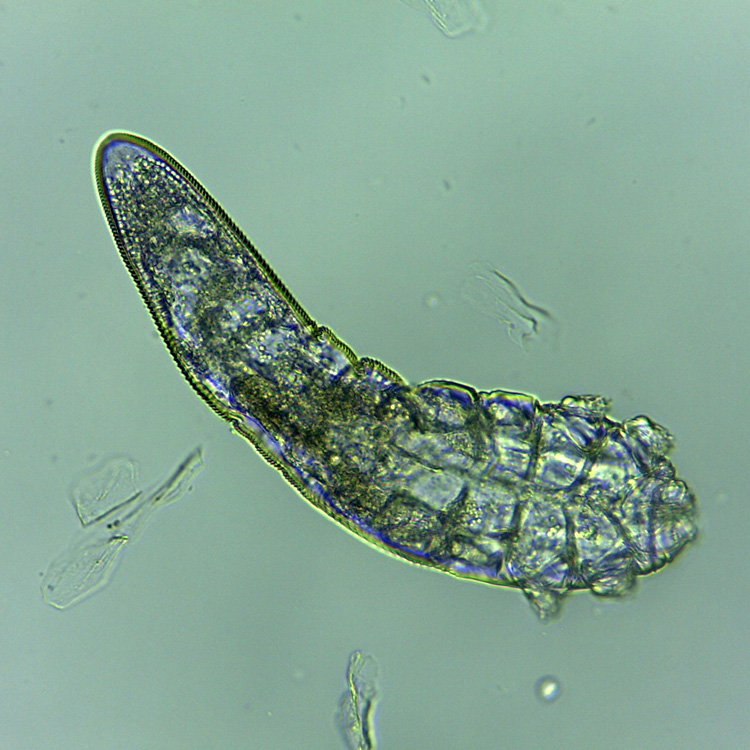 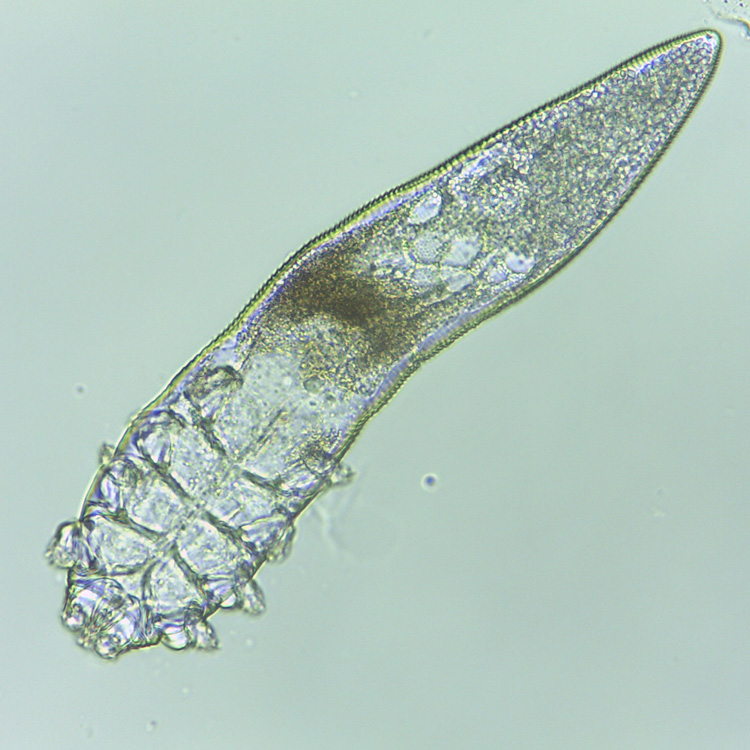 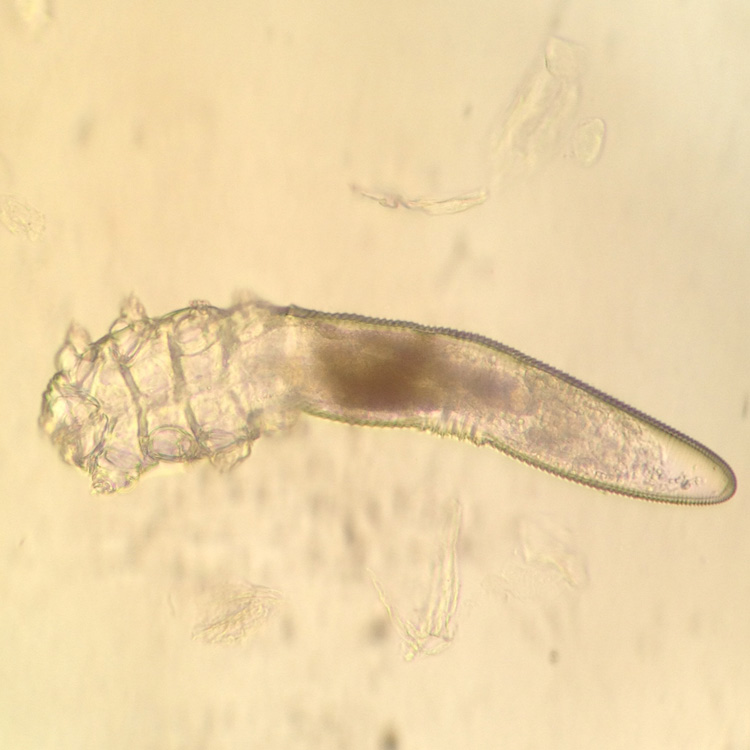 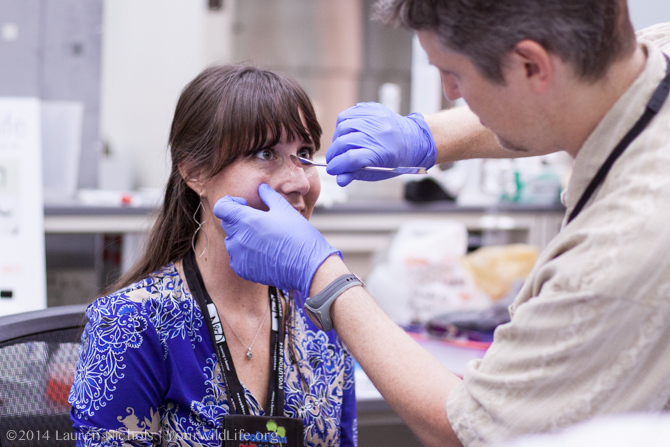 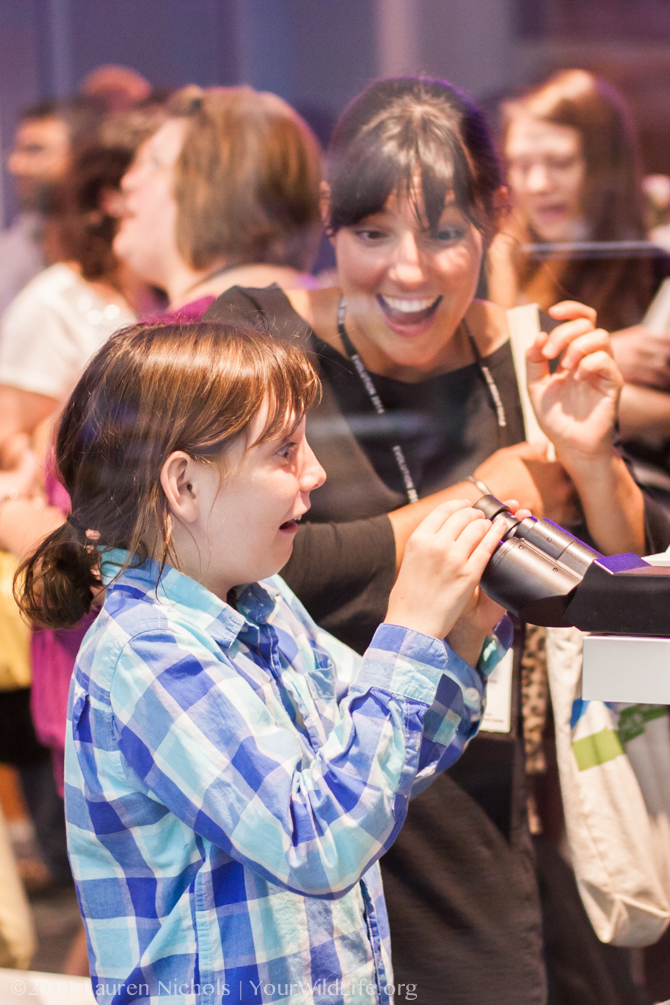 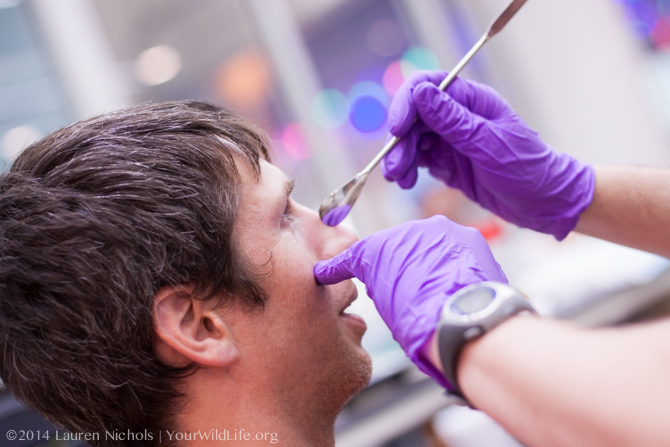 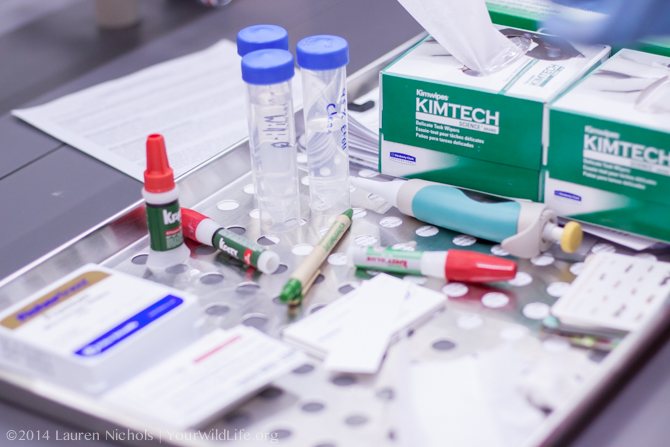 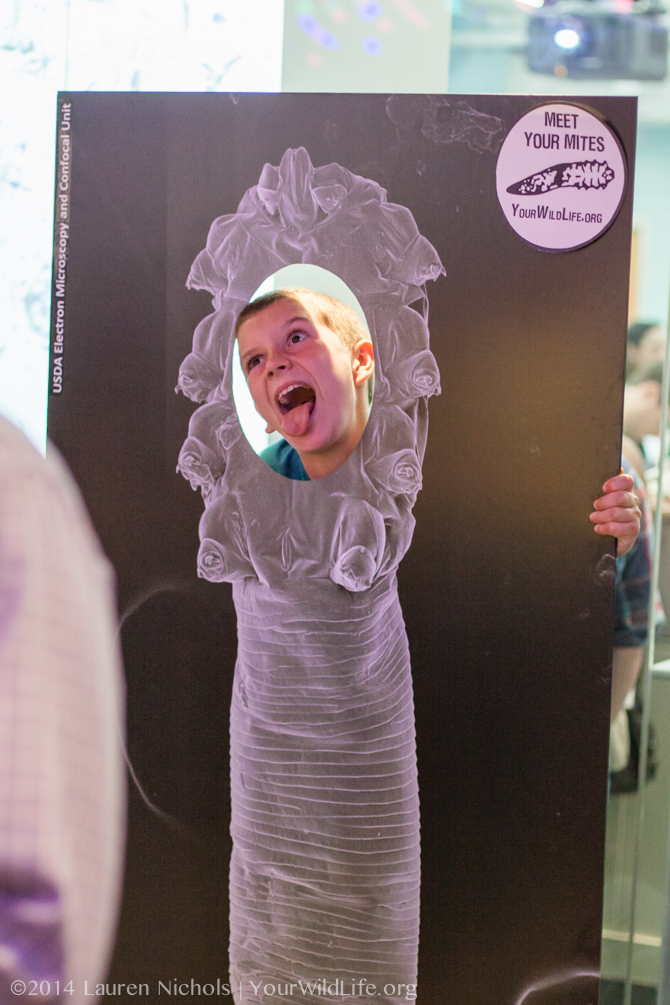 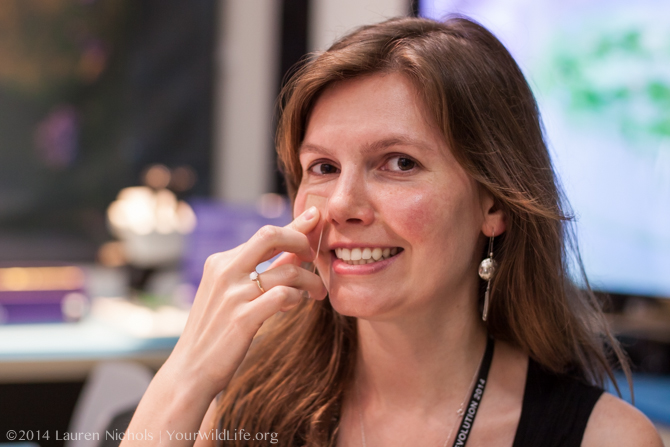 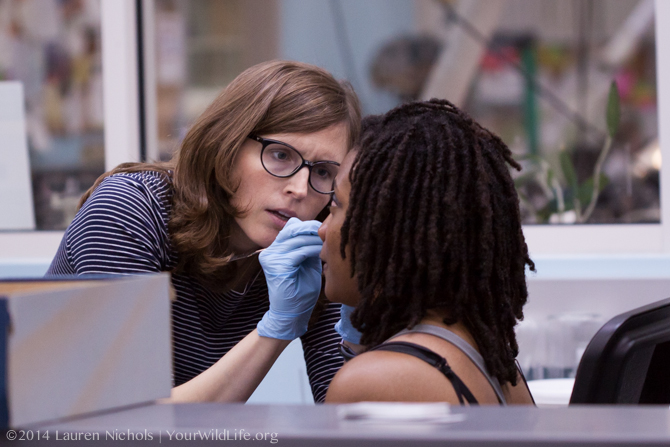 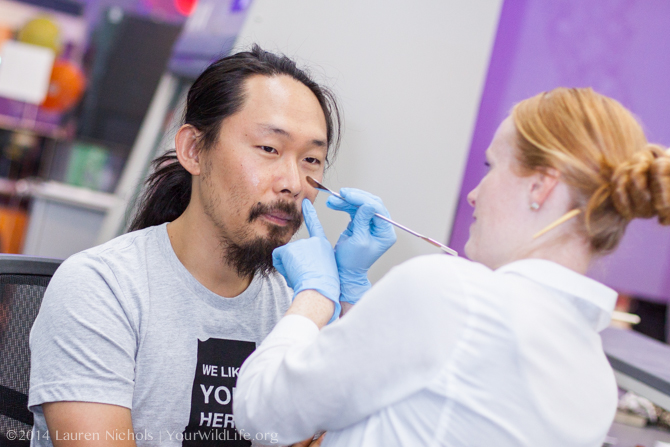 Our Parasites And Vermin Reveal Secrets Of Human History

Your Hair Mites Are So Loyal Their DNA Reflects Your Ancestry

Your Face Is Covered in Mites, and It’s Your Parents’ Fault

These Microscopic Mites Live on Your Face

BBC Earth May 8, 2015 – Features the research of Megan Thoemmes and Dan Fergus

You Almost Certainly Have Mites On Your Face 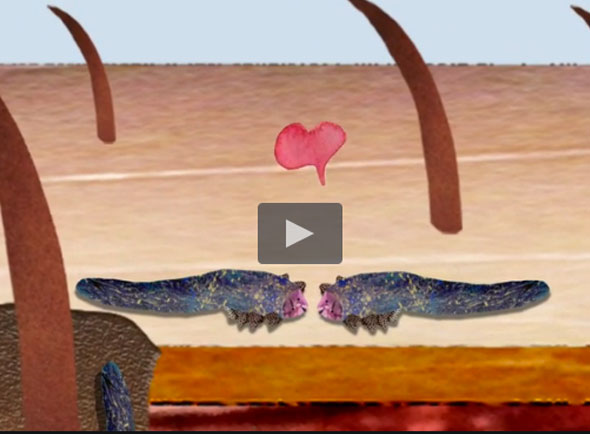 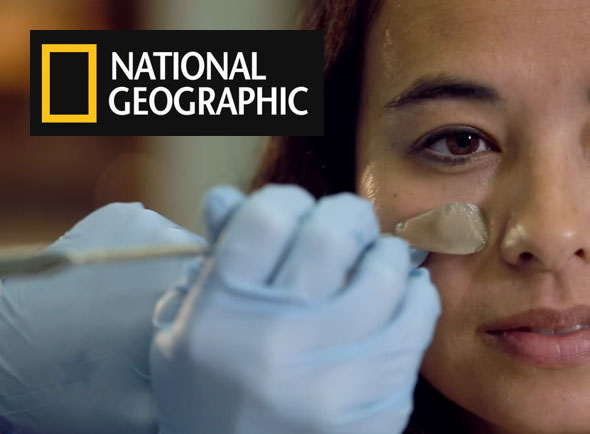 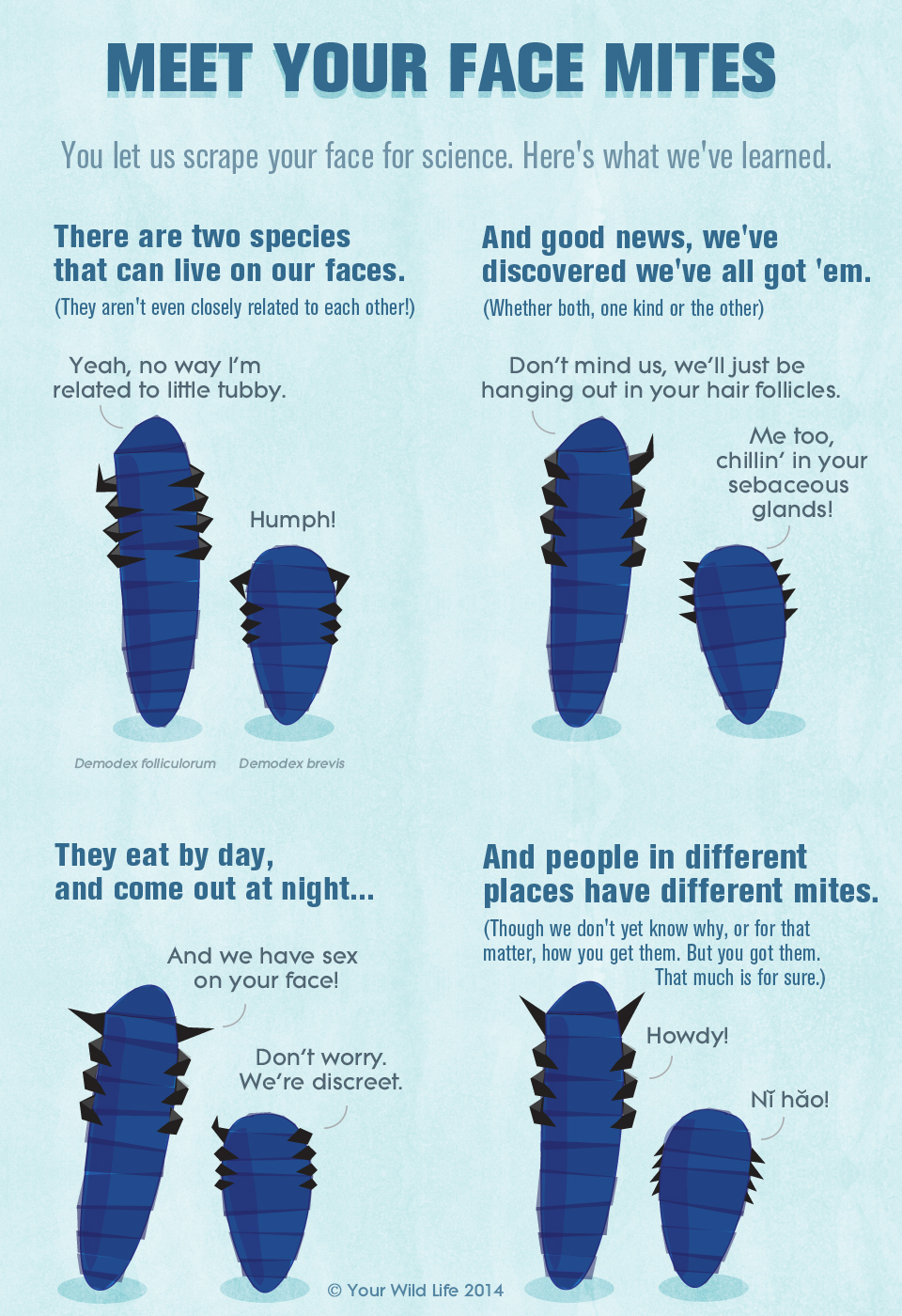